A Breakthrough for Alzheimer's!

LISTEN TO THE PODCAST
It's a devastating disease. It's called Alzheimer's. It affects more than 5.7 million Americans, and has cost more than $270 billion for research. And a recent study out of UCLA found that we can expect those cases to triple over the next 40 years!

The degenerative disease is caused by the accumulation of something called “Amyloid plaque” in the brain, which ultimately damages brain nerves and causes memory loss, but a new breakthrough blood test could help millions change their fate!

Functional medicine pioneer, Dr. Elroy Vojdani joined Tonia King on a special edition of Food Talk for Health to talk about his pivotal research published in 2018 on the causes of Alzheimer’s Disease. He says they were integral in the development of a NEW blood test for the risk assessment of Alzheimer’s that will soon be available. There is no one cause of Alzheimer’s… it’s more like 30 different variables and this blood test looks at all those variables and determines some 20-30 years earlier if a person is at risk for cognitive memory impairment. The results allow Americans to make certain lifestyle changes that can delay or change their outcome altogether.

Dr. Vojdani told Tonia about foods that have a link to Alzheimer’s disease & which foods help mitigate symptoms, toxins that are hiding in the home, and brain-healthy foods & oils to incorporate in your diet. The good news; a glass of red wine at night is good for the brain!

Warmly referred to as Dr. V, he is a licensed medical doctor, an Institute for Functional Medicine Certified Practitioner (IFMCP) and a certified Bredeson ReCODE Practitioner. A well published physician, Dr. V is most known for accurately diagnosing and treating serious, life-threatening conditions by getting to the root of his patient’s health concerns.  He is also credited for his extensive research on the causes of Alzheimer’s along with the blood test he developed to determine if a young individual is at risk for the disease. His expert insight on health and wellness has been featured on Good Day LA, KTLA Morning Show, ELLE, Shape, Bustle, Best Life Online, Healthline, Reader’s Digest, VICE and Well+Good.

Powered by the Sun

Food Talk For Health is produced using 100% solar power. We are off the grid.

LISTEN TO THE SHOW ON: 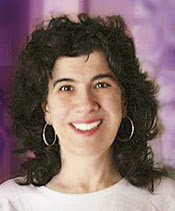 Tonia King grew up in Pennsylvania in a large Italian family. She learned how to cook and bake from her mother, her biggest influence on her culinary skills. Gathering fresh ingredients from the garden and making everything from scratch were normal routines growing up. Not a trained chef, Tonia's love of cooking and skills in the kitchen are self taught.

Tonia graduated from Berklee College of Music in Boston. She was active musically in Boston, but eventually got into broadcasting. She moved on to become a drive time radio personality at various radio stations in New England and beyond. Throughout her broadcast career she developed two shows currently in syndication:Jazz Variations, a 2 hour jazz music show , and Tonia's Kitchen, a food and wine show. Always wanting to learn more and educate her listeners, Tonia's enthusiasm for how our health depends on the foods we eat shines through in her new show - Food Talk For Health.

Reach out to Tonia at tonia@foodtalkforhealth.com